Karen Houle will give a synchronous reading on Feb. 4 from The Grand River Watershed: A Folk Anthology, short-listed for the Governor General’s Literary Award for Poetry in 2019. This event, funded by the Canada Council and Writers’ Union of Canada as part of the National Public Readings Program, is cosponsored by Renison University College at University of Waterloo and the Elora Poetry Centre & Gallery.

Professor Houle’s reading will be punctuated by question-insight-comment check-ins. Here is the Zoom link:

Dial by your location

The following is from the book’s publisher, Gaspereau Press:

How might we grasp the natural history of a river in a way that transcends mere data and description? How might we chronicle the way in which a living consortium of geology, weather, plants, animals and people has impacted, and been impacted by, the existence of a particular watercourse over the passage of time? In her new book, philosopher and poet Karen Houle employs the wiliest tool she knows—poetry—to contemplate the complexities of the Grand River watershed in southern Ontario, stretching our notions of what can be known about a river.

Houle’s writing is inspired by, and borrows from, various kinds of scientific inquiry and documentation, integrating strands of thought from across the fields of archeology, entomology, molecular ecology, cultural anthropology and geography. But these established sources aren’t presented as the sole custodians of all that’s worth knowing. With often jarring juxtapositions and a prosody that sometimes flirts with chaos, Houle’s poems make a virtue of straining against the settled rules, agitating for a more complex, robust portrayal of the Grand River watershed by fusing apparently disparate narratives and methodologies—the scientific and the anecdotal, the personal and the collective, the emotion and the information, and the organic and the manufactured.

Like the river itself, Houle’s The Grand River Watershed suggests how seemingly jumbled, separate parts in fact exist in a web of relationships. For Houle, the best hope we have of comprehending the complexities of a phenomenon like the Grand River is rooted in our accumulated encounters with, and our collective articulation of, the river’s countless aspects over time, not in any one measurable part or moment of it.

Houle’s creative pairing of literary and ecological modes presents the Grand River as a complex living system that is full of interconnection and meaning, reinvigorating poetry’s possibilities as a tool for engaging with and speaking of the natural world.

The Elora Poetry Centre & Gallery, in conjunction with Renison University College, University of Waterloo, announces an upcoming synchronous panel discussion on Canadian literary appropriation. Growing out of interviews on this subject recently published in Gordon Hill Press’s In/Appropriate, this event is open to members of ARTS 130, friends of The Elora Poetry Centre & Gallery, and the general public.

Here is the video link to the synchronous discussion that you will need to click on at 1:30 on November 3:

Assistance is being provided by Victoria Feth of The Centre for Teaching Excellence at University of Waterloo.

The event is sponsored by two long-time friends of The Elora Poetry Centre & Gallery, Janice Ferri and Peter Skoggard. Further contributions for honoraria for the panelists are welcome!

The Elora Poetry Centre is excited to engage in present discourse on literary appropriation in Canada. It is our pleasure to host these five distinguished panelists who are helping to determine the direction that Canadian literature will take in the near future. In light of recent controversies that resulted in the publication of another important book on the current state of Canadian literature, Refuse: CanLit in Ruins, we want to be part of these discussions and look forward to what promises to be a memorable event on Nov. 3.

Here are the links:

Pictured above is Hanna Boos’s sculpture of the distinguished Canadian literary critic and professor Northrop Frye; it is one and one-half times life size, a cement cast mounted on an oak base. In bronze, this sculpture can be viewed in the E J Pratt Library at Victoria University, University of Toronto. Hanna’s sculpture of Northrop Frye is now on display at Beaver House, where it will remain until a later time at which it will permanently reside in the Lusi Wong Library of Renison University College, University of Waterloo.

The May 11 event included talks by Beverley Cairns (Hanna Boos’s sculptural influences), Professor Jonathan Schmidt (Memories of Northrop Frye), Hanna Boos (guest of honour), as well as a performance of several of Peter Skoggard’s musical settings of William Blake’s Songs of Innocence and Experience by tenor Robert Missen, with John Lettieri accompanying him on accordion. Tony Tin, Director of the Library and Information Services at the Lusi Wong Library, spoke on behalf of Renison University College, University of Waterloo.

Hanna studied under the sculptor Ingeborg von Rath in Dusseldorf, Germany, and later joined the workshop of the sculptor Frances Gage in Toronto. A friend of the notable Canadian sculptors Frances Loring and Florence Wyle, Gage was connected to the Group of Seven. 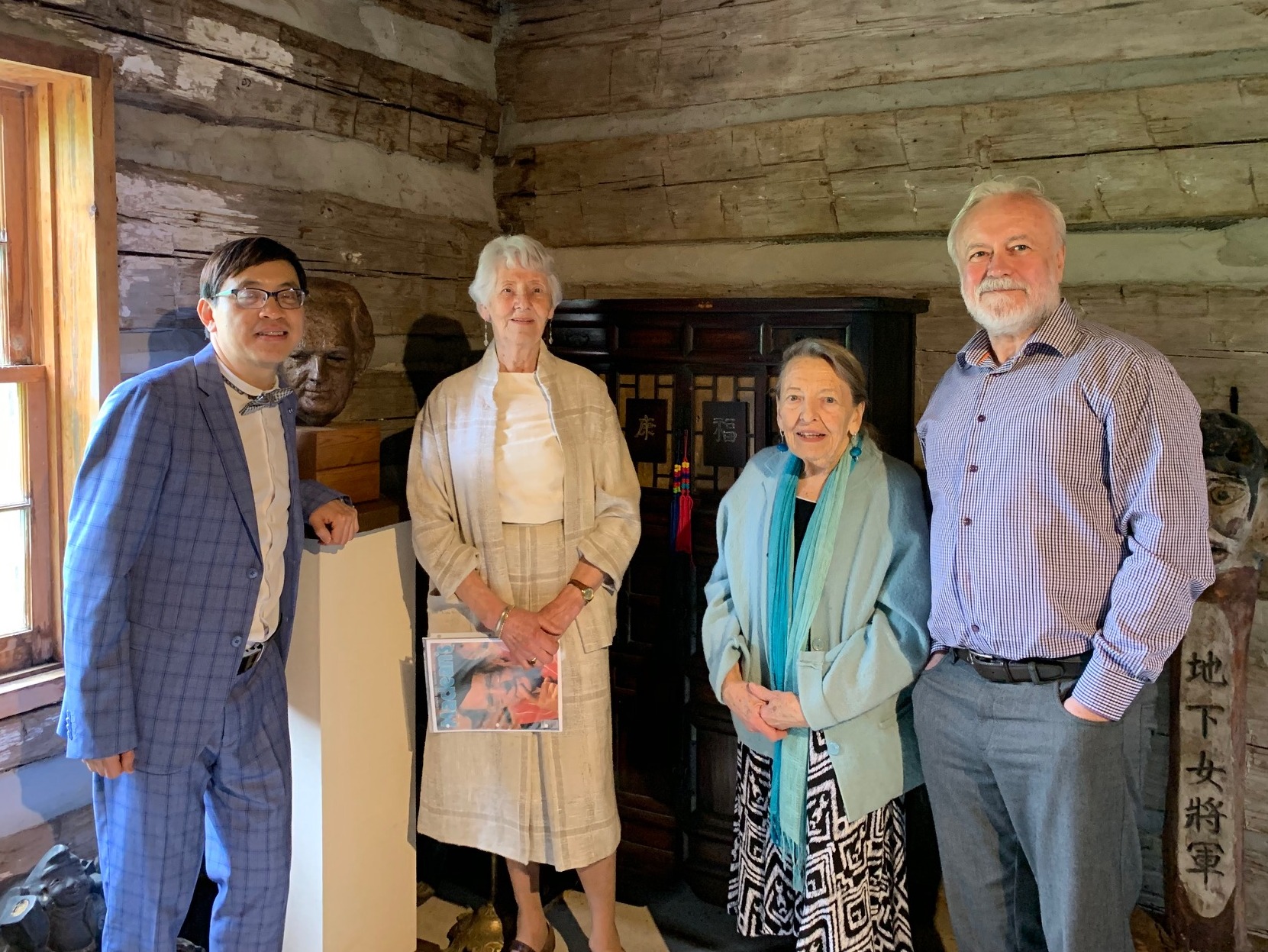 Chinese Poetry Day at Beaver House: June 8, 2019: lunch at noon, sponsored by the Confucius Institute of Waterloo; readings to begin at 1:00 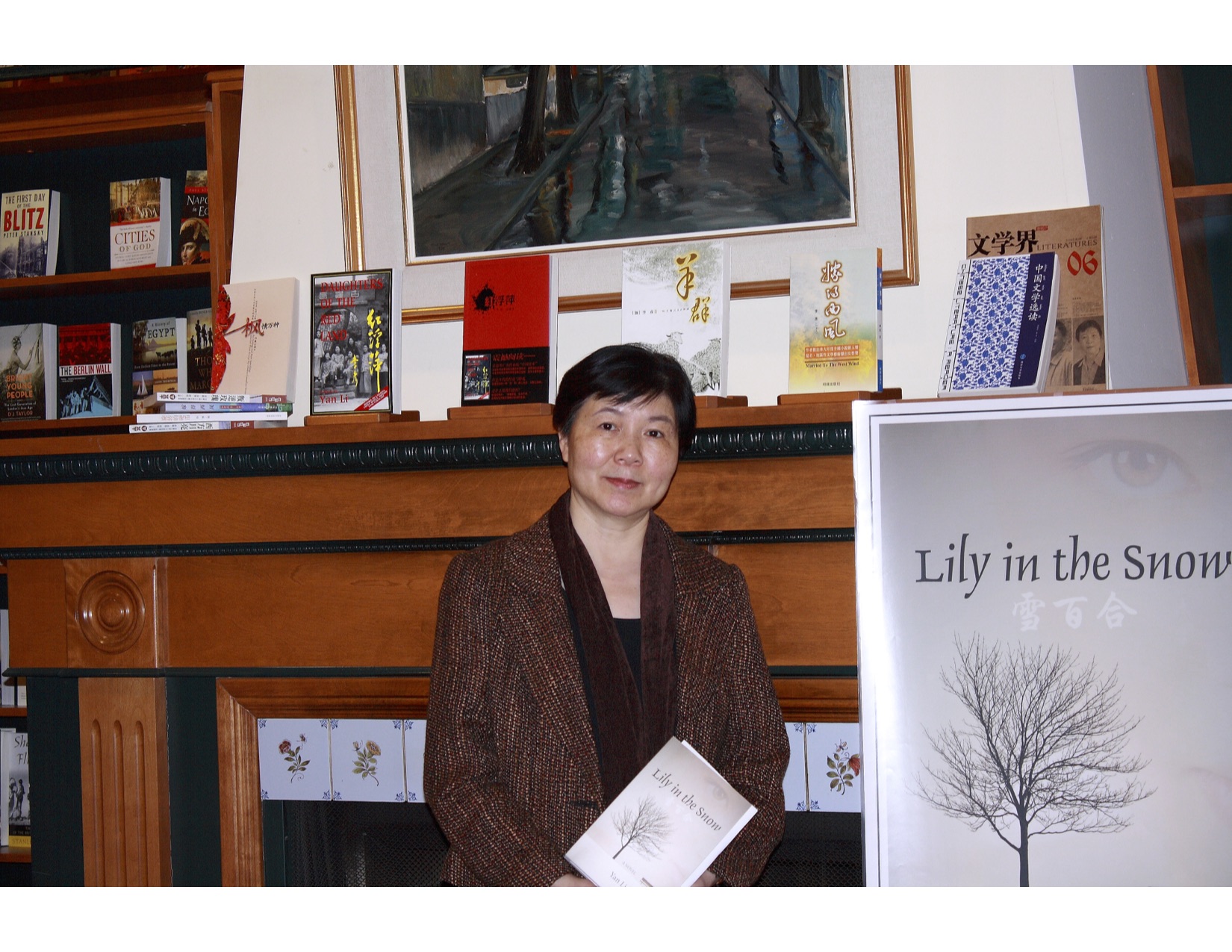 Yan Li worked as an instructor, freelancer, and translator in China before coming to Canada in 1987. She started teaching at Renison in 1997 and has taught courses in Chinese culture, history, literature, and language.

Liguo Zhang is a social science researcher and literary professional translator. He has four books translated from English into Chinese that were published by Tsinghua University Press, China. His translated book Leading people through disaster was listed as one of the key books by the Tsinghua University Press. His research book written in English entitled Understanding Chinese senior immigrant’s contribution in Canada is available on Amazon.com.

His prose written in English “Blossom where you planted” was one of the essential essays in the book Essays from Multicultural in memory of Canada’s 150 anniversary.

One Poem:
I prefer you to be a child 我想把你当成小孩

Jing Yu is a pen name of Xin Liu (Lucy Liu). She used to be an MD and holds a Master’s degree in Immunology. As a winner of the National Youth Poetry Competition, she completed the People ‘s Literature Writers Program. She is living in Toronto, and is a member of the Chinese Pen Society of Canada and Toronto Chinese Poetry Club. Her poems, essays and novels have been published in newspapers, journals and online.

Zuowang, who graduated from Peking University with a Master’s degree in Comparative Literature, then became a lecturer. She began to write poems in 2016 and has published some essays and poems.

The Wind Is Coming From The Sea
The Legend Of Frozen

“Cheers For My Forty-third Birthday”

我的中英文简介如下：
Ms. Yang Wang has lived in China, the U.S., and Canada, being a career woman, a homemaker and a volunteer. She is running the East and West Learning Club, a grass-roots not-for-profit group that promotes social skill learning for Asian immigrants and their dialogue with local people. Yang loves writing and sports, and is an active member of the blind community in Toronto, advocating for equal opportunities of social participation for vision impaired people.
汪洋女士曾在中、美、加三国居住，社会角色在职业妇女、家庭主妇和志愿者之间多次转换。目前她是非盈利草根组织“学东西俱乐部”的创办者，推进亚洲移民在社交技能方面的学习以及与当地人的对话交流。她热爱写作和运动，也活跃于多伦多的盲人社区，倡导盲人平等参与社会生活的权利。

Johnny Qiang, a Tianjin native, graduated from an eight-year medical program in Tianjin Medical University, PR China. He holds an MD and a PhD in cardiovascular science. He worked as a research fellow in KU Leuven, Belgium in 1997 and immigrated to Canada at the end of 2000. He has liked literature since his childhood and became involved in Chinese writing in 2013. His publications include an autobiographical novel Physician’s Diary, a collection of prose Feelings of Canada, and a collection of poetry Love Toronto. His poems and prose have been included in some poetry and prose collections and journals such as The Night of Poetry, Poetry Night Stars, Poetry and Paintings, International Daily, Golden Taicang, Special Maple Feelings, Collections of Canada Chinese Short Novels, and The Overseas Windows of Novella Selection.

Language & Literature Work experience:
Translator
China National Minority Language Translation Centre, Beijing, CHINA
 Interpreted from Chinese into Mongolian and vice versa using simultaneous and consecutive modes at National People’s Representatives Meetings every year
 Translated government documents and reports from Chinese to Mongolian for People’s Representatives and Government Officials
 Made sure of accuracy of translated documents by proofreading
 Worked as a translator and interpreter coordinating negotiation sessions and the collaboration meetings with both Chinese and Mongolian government officials and investors

In addition, published much poetry and prose in different poetry journals and online social media.